Aluvians are a fiercely individualistic and warlike people, quick to anger but with a strong love of justice and fairness. Though often suspicious of things new and strange, they are friendly and always prepared with a little help if they can spare it. They are loyal to their feudal lords, but expect to be well-treated in return.

The first people to arrive on Dereth Island were Aluvians: they have settled in the fields and hills around Lake Blessed. - Aluvian Description (Character Creation)

In olden days, the land now known as the High Kingdom of Aluvia was home to feuding clans of warriors.[1] When the Rouleans brought imperial order to most of the lands around the Ironsea, they saw no benefit in conquering the Viamontian peninsula, and the tribes that would become the nations of Viamont and Aluvia remained chaotic and disorganized.[2]

During the reign of High King Pwyll II, the Viamontian army, under the command of King Elous VI, invaded Aluvia. Pwyll II led the defending armies of Aluvia, which where defeated in the battle of the Plain of Ayrifal.[3][4] Pwyll II died in the battle, along with his sons and male cousins. The remainder of Pwyll II's bloodline was rounded up and executed by the Viamontian Royal Governor, Alfric immediately after his victory.[5]

Only during the rule of Osric, peace was established. By the time of the rule of his son Pwyll III, the peoples of Aluvia had united as one, prospering under the High King's kind and just reign. Pwyll III banded together the kingdom's knights, forming an order of honor and chivalry, and so began a golden age.[3][1]

When Pwyll III was slain by an ambassador from Viamont on the eve of war between the two nations, Aluvia's knights and commoners alike fell upon their enemies and destroyed them. With Pwyll's death, Aluvia's glory began to wane, but it is said that, when the kingdom is at its greatest need, he and his knights will walk the land once more.[1]

Aluvia remains a strong nation, though it shines less brightly than before. King Cedraic opened up trade with nations across the sea including the Gharu'ndim and the Sho and with that trade has come prosperity.[1] After years biding their time, the Viamontians under King Varicci I started a second wave of invasions of the other Isparian countries, also invading Aluvia.[6][2] This time however, the Aluvians, having learned lessons from the past, managed to keep the Viamontians at bay, be it with heavy losses. The Aluvians put up a tenacious resistance against the superior numbers of their old foe. To this day the war in Aluvia continues, locked in a stalemate. [7][2]

The following information has been pieced together from numerous sources, and some dates have been changed to correct continuity errors. For more information, see Continuity - Aluvian History.

When the first Aluvians came to Dereth Island, they were enslaved by the Olthoi. Two of their number, Thorsten Cragstone and Elysa Strathelar, fought to liberate their people with the help of Asheron. Though Thorsten did not live to see the end of the campaign, the Aluvians became free once more. Elysa Strathelar founded New Aluvia and became its Queen.[1]

Aluvians are a fiercely individualistic and warlike people, quick to anger but with a strong love of justice and fairness. Though often suspicious of things new and strange, they are friendly and always prepared with a little help if they can spare it. They are loyal to their feudal lords, but expect to be well-treated in return.[8][1]

In the Winter Season, the Aluvians celebrate the Solstice, that day of the year in which the night lasts longest. The Aluvians respond to the oppressive darkness and feeling of isolation by gathering together in good cheer. Illuminating their houses with colorful candles, they prepare the harvest into vast feasts. During the Solstice, all Aluvian towns are warmly lit, and the normally cagey northerners make a habit of cooking hearty food for one another, buying one another strong drink, and sharing both around the hearth, accompanied by the funniest jokes of the preceding year. The monastic orders of Tirius the Lightbringer, Solvus Mistdweller, and the Dark Lady Meerthus walk abroad in their dun robes, distributing food and the blessings of their aspect of the Triple Mother. Travelers in the Aluvian Kingdom will find themselves treated to their fill of food and drink, with no payment asked. For the Aluvians, Solstice is the time of brotherhood.[9]

The Code of Pwyll

"It not for all of the people to walk the path of high honor. For some it is enough that they follow the path of low justice. But we, as knights, shall take the high road." - High King Pwyll III[10]

One of Pwyll III's greatest achievements was introducing the notion of nobility to the ruling class. In his time and since, The Code of Pwyll has dictated the conduct of both lords and knights: the common folk of Aluvia have come to expect no less.[1]

The Code of Pwyll consists of ten rules. The first Five are the Path of Low Justice, which are usually sufficient for the commoner. The second Five are the Path of High Justice, which are to be observed by all nobility, in addition to the Five rules of Low Justice. Below is the full Code of Pwyll, along with the shorter version taught to those of low aspirations and lowly station.[10][11]

Shadows of My Doubts

The Code of Pwyll

The Days of the Olthoi

The Full Code of Pwyll

The Journals of Change

The Helm of the Golden Flame 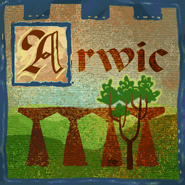 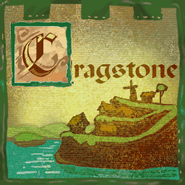 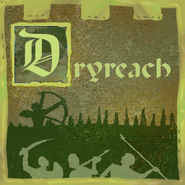 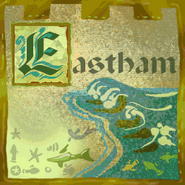 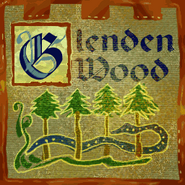 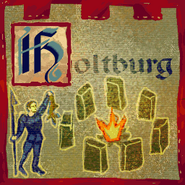 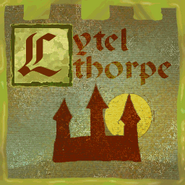 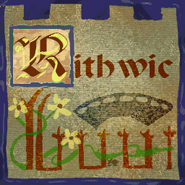 Retrieved from "https://asheron.fandom.com/wiki/Aluvian_Lore?oldid=469980"
Community content is available under CC-BY-SA unless otherwise noted.