View source
Previous - All Announcements - Next

The Changing of the Ways

Ardry sat by the campfire, nursing a cup of hot cocoa. Though trying to rest, he kept his back to the fire and his eyes watchful of the surrounding darkness. Closer by the fire sat his uncle, Aliester the Loquacious, binding arrowheads into neat bundles.

"There," Aliester announced, "done with the last of the wrapping. Mark my words, Ardry, you'll be glad of this once we've journeyed into the Direlands, miles away from the nearest portal and any source of ammunition. Now for my alchemical supplies. . ."

"Hush, uncle, I think there's something out there. . ." Ardry, suddenly alert, took up his axe.

Heedless, the old scholar continued to prattle on. "I must say, I've done an admirable job of fletching. Maybe I ought to submit an application to Eluard, eh? Who says a scholar cannot be skilled in the arts of battlefield support?"

"I'd rather not have to deal with Eluard, uncle. He's a pompous windbag, at best. Where does he get off, with this pretentious guild of his?"

"Ardry, I think that Eluard's work-- Great good heavens!" Aliester yelped and dropped his bundle as he was engulfed in an Ash Gromnie's blast of lightning. Ardry leaped to his feet, axe ready, and quickly killed the beast. That done, he went to check on his uncle, who looked singed and dazed, but otherwise still alive.

"Uncle! Are you all right?"

The old sage blinked, then looked up.

"Unbelievable, uncle. How did you survive that blast?" Ardry leaned in for a closer look. Aliester's legs crackled with dissipated electricity. "Are those my chainmail leggings you're wearing?"

With visible effort, Aliester gathered his wits. "Why, yes, they are. . . fit nicely, you see, quite comfortable. . ."

Ardry simply shook his head and muttered, "What luck you have, uncle."

Unlike any other gaming experience, the world of Asheron's Call continues to evolve. Last month, not only did the new gambling halls open but so did Linvak Tukal, the impressive Lugian citadel and seat of the giants' power in Dereth. One can only wonder what additions -- and what dangers -- will be added when we soon open our May event, "The Changing of the Ways."

The Changing of the Ways

Subject to the mercurial genius of craftsmen, mages and wanderlust heroes, few things persist in the lands of Dereth. While April witnessed the opening of Linvak Tukal and continued Virindi machinations, this month sees changes to the structure of the very world itself.

Those who consider the matter do not name their sword or shield as their most vital possession. Rather, they point to their pack, without which no treasure may be ported, nor reagents or potions carried at the ready. For Dereth's travelers, this month's improved efficiency of pack space comes as welcome news. Items may be stacked in greater quantities, and the Empyrean mana-alloy coins known as pyreals have begun to exhibit another miraculous trait -- they are now completely weightless!

Yet in this world there are those who wander wide and those who remain to craft. Since recent events transpired, trade artists have toiled through the nights perfecting the fruits of their skill -- readying all of Dereth, perhaps, for future encounters with unfriendly forces. Smiths have forged lighter suits of plate, with better protection against the hostile elements. Mages have augmented the effects of many spells; certain magical enhancements now last longer, while burdensome counters evaporate more quickly. More efficient methods of creation and bundling have even been developed by fletchers and alchemists.

In all, adventurers can now fill their packs with more and greater items, whether created by master craftsmen or purchased in the new trading post en route to the Direlands.

Of course, many who travel the fey byways of Dereth are far more than mere "adventurers." There are those who wield the axe, the sword, even the mystic arts of spellcraft with the precision of a master. The opportunity is now at hand for them to claim long-deserved titles -- if only they can conclude their chosen path. Should such travelers happen to fall along the way, however, at least they'll be able to locate their corpse with far greater precision. . .

Following is a list of the most interesting additions made to the game this update. However, please note that not all changes have been included -- that would spoil the fun of finding out everything that's been added or changed! As usual, though, the town criers, barkeeps, and scribes may know the latest news. Also, the trades of crafting and selling are always in flux, so changes to prices and abilities of items are not always listed here in their entirety.

In order to learn the full scope of May's event, "The Changing of the Ways," be sure to read the Developer's Notes, May and the State of the Code. In addition, players could win a free year of Asheron's Call just by filling out the Official Asheron's Call Survey. Eligible participants must have an active AC account as of May 11, 2001. Other restrictions may apply, so please consult the official rules. Continue your part in this incredible ongoing story, and we'll see you in Dereth! 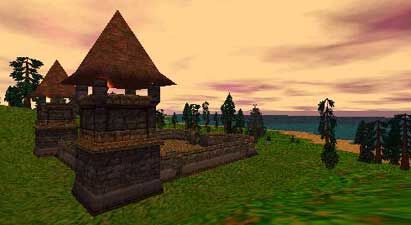 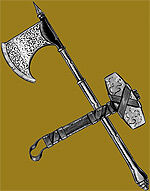