By playing Asheron's Call, all players agree to the following documents:

The first Asheron's Call server to be added since the game's release goes live on 6th of June 2000.[2]

The second server goes live on January 24th 2001 to accommodate the ever increasing population of Asheron's Call.[3]

Microsoft announces on June 25th 2001 that the Asheron's Call: Dark Majesty Expansion Pack will be available later in the year. The expansion pack would include the original Asheron's Call, new additions such as housing and storage, and the new landmass Marae Lassel including many new creatures, dungeons and quests.[4]

Turbine bought back all franchise rights from Microsoft in 2003[5] and consequently took responsibility for server hosting. The servers remained at a facility in Washington State until 2008 when all server hardware was replaced and relocated to a facility in Massachusetts near Turbine headquarters. Due to various quality of service issues that caused extended downtime the servers were moved to a new facility on March 30th, 2009.

Turbine announces that all Dark Majesty content will be available to every subscriber regardless of whether they have purchased the expansion pack in the past or not. [6]

An announcement is made that fans of the award-winning online role playing game Asheron’s Call® will receive a new expansion pack in early 2005.[7] The name of the expansion is announced at a later time. 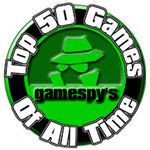 2000 - The Academy Interactive Arts & Sciences - Adventure/RPG of the Year 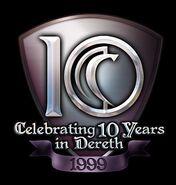