Like the Advocates, the Sentinels were players who volunteered and existed to help players, and in the latter case, enforce the Code of Conduct; however, the Sentinels had considerably more powers than the Advocates such as the ability to teleport, mute and even remove players from the game world. [1]

Sentinels also conducted weddings in Dereth. Players could request a wedding via the events section on the Zone AC website and the Sentinels would portal players to the Wedding Halls and carry out the ceremony.[2]

Sentinels could be identified by their special red robes and hats -- these items are unlike any others in the game and were available only to Sentinel staff. A Sentinel will also appear as a blue dot on your radar, similar to a lifestone indicator. You may see other avatars that look similar to a Sentinel but whose robes are of a different color. The green robe signifies a World Overseer, a person who monitors the Advocate program in that world. A purple robe signifies a Sentinel trainee, who is learning the ropes in hopes of one day obtaining the red robes.[3]

In lore terms they were called Asheron's Order of Sentinels.[4]

The Advocates and Sentinels program was disbanded during the Lonely in the World event. There is a monument dedicated to the volunteers located outside of Cragstone, Hebian-To, and Zaikhal. 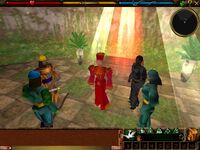 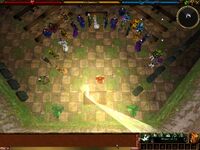 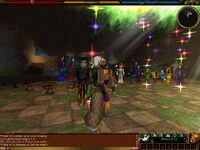 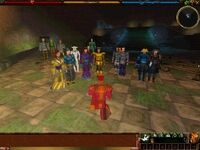 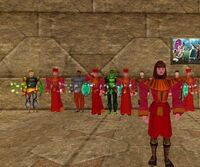 Retrieved from "https://asheron.fandom.com/wiki/Asheron%27s_Order_of_Sentinels?oldid=447604"
Community content is available under CC-BY-SA unless otherwise noted.