Brother of Jaeget, they carved out a living by hunting the Marescent Plateau. When they met a few cultists, Jaeget became interested in joining them, but Bewren openly protested the thought of joining the Raven Hand. He was betrayed by his brother to the Order of the Raven Hand, tried to escape but was captured, and probably turned into the Proselytic Shadow.[1][2][3] 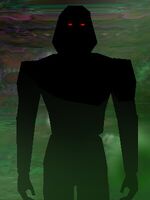 Proselytic Shadow
Add a photo to this gallery

Retrieved from "https://asheron.fandom.com/wiki/Bewren?oldid=261875"
Community content is available under CC-BY-SA unless otherwise noted.