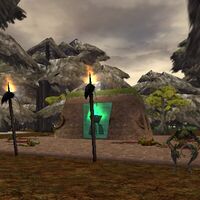 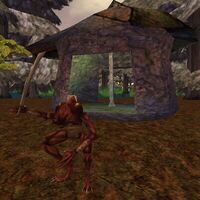 Translator Aun Laokhe tells you, "Hail budhi, I come from the council chambers of Ispar Elysatah with a request. She bids that willing souls investigate the origin of the dark magics that spread across Osteth and Palenqual. She has heard that new anima have spread from the place where the kah took place. Should you find anything of note, I would like to see it. I will be calling on the keh of the Nuuani for aid to understand the things you find. Ispar Elysatah wishes to reach a peaceful accord with this new Xuta."

Translator Aun Laokhe tells you, "Should you find any odd writing that the other translators cannot decipher, perhaps the keh of the Nuuani will help decipher those as well."

Translator Aun Laokhe tells you, "The keh have spoken to me and I have translated their words to paper for you. I have used your language so as to not confuse you."

Warden tells you, "The Burun in this area carry pages of a journal."

Warden tells you, "Locate these pages, there are six in total. Take the pages to the Aun Tumerok translator Laokhe atop the tower in Arwic at 33.5N, 56.8E."

Warden tells you, "Return to me with any item Laokhe gives you as proof and I'll reward you."

You allow Warden to examine your Elysa's Boon.

Warden tells you, "Excellent work indeed. I hope you learned something about the Burun, this isn't the last you'll see of them."

Warden tells you, "Here is the reward you were promised."

Retrieved from "https://asheron.fandom.com/wiki/Blackmire_Lore?oldid=437508"
Community content is available under CC-BY-SA unless otherwise noted.