Located northwest of Shoushi and south of Yanshi, surrounding Sawato, the Blackmire Swamp is where the River Prosper turns into many smaller water canals and small lakes.
The Greenmire Swamp part of it is located close to Shoushi and is home to many lower level creatures.
The main area of the Blackmire Swamp contains swamp- and swamp-creature related dungeons, and on the landscape Moarsman, Mosswarts and Sclavus are common.

The majority of the Swamp is split half with monsters aimed at those of levels 20-40 (orange zone) found to the east and levels 10-20 (yellow zone) to the west. However, some higher level content was added during the Burun Story Arc such as the immediate area surrounding the Blackmire Temple. This means that south of the level 10-20 zone, areas can be found with higher level 100+ Burun creatures. 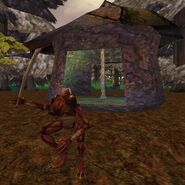 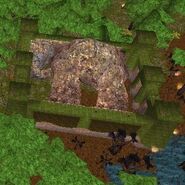 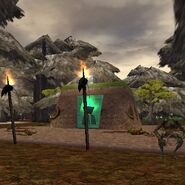 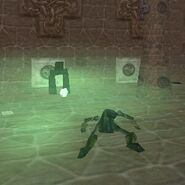 Portal to the Swamp Temple 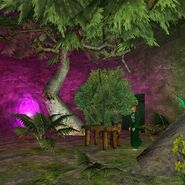 The Swamp Gardens
Add a photo to this gallery
Retrieved from "https://asheron.fandom.com/wiki/Blackmire_Swamp?oldid=469838"
Community content is available under CC-BY-SA unless otherwise noted.