Starting in the Betrayal event, the statues came alive! Every 3-4 hours large alive bronze versions of the statues in town where spawned. When you killed them they would drop bronze weapons along with keys to get into the statue. These bronze weapons were retired after this one patch and are no longer available. They are large, heavy and fun to hang on the wall or wield! 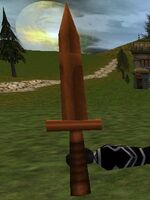 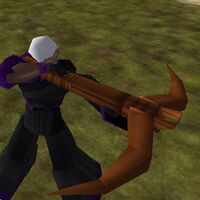 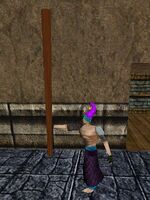 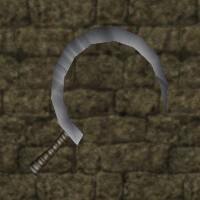 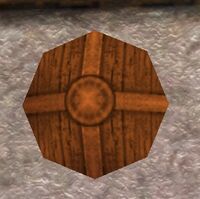 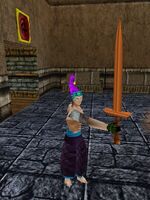 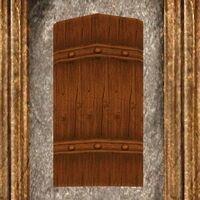 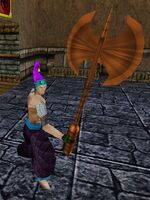 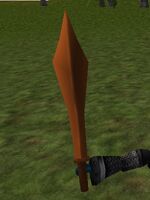 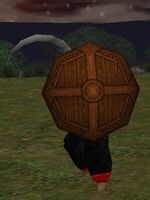 Bronze Round Shield (Equipped)
Add a photo to this gallery

The Arcanum Researcher turns to you with an air of efficiency and calm.

Arcanum Researcher tells you, "I must give you a general debriefing of the statue affair as it stands. Nuhimidira was so fervent in her persuasion that the Arcanum, believing that they were for the people's good, allowed them to be presented to the town centers. Now that she has been kidnapped, it is clear that the Arcanum was not the only dupe! Nuhmidira has stopped the dreadful sacrifices that gave these abominations life...but it appears it is too late--now they have gained sentience, they have started to take sacrifices of their own!"

Retrieved from "https://asheron.fandom.com/wiki/Bronze_Statue_Weapons?oldid=455238"
Community content is available under CC-BY-SA unless otherwise noted.