See Character Creation for information on this topic.

Click the character slot you no longer want and press delete. Enter the word "delete" to confirm in the dialog box that appears.

Note: "Character Restoration may not be successful"

Between 2003 and 2005, the login screen was updated for the A Time of Chaos story arc and the different seasons that came after. During these times, the screen received updated backgrounds, color schemes and rollover images for the enter game button. 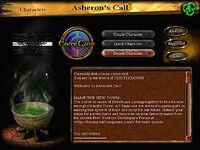 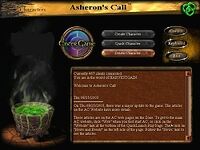 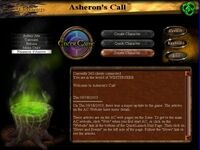 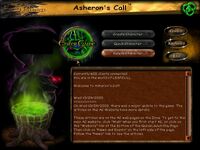 Reign of Terror (with rollover) 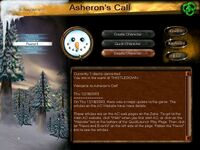 Waking from the Abyss (with rollover) 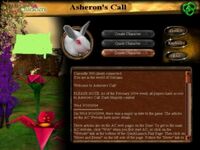 Across the Vast Divide (with rollover) 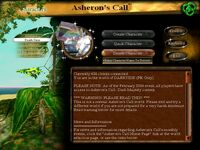 Pillars Made of Sand (with rollover) 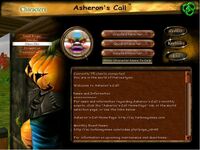 A Small Victory (with rollover) 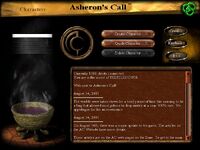 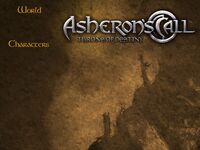 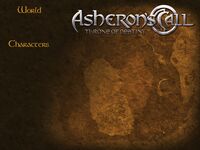 Under Cover of Night (background) 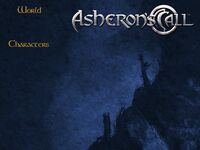 Splash screens during the Reign of Terror event. Click image for full size. 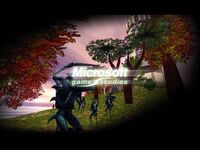 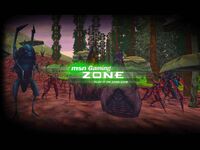 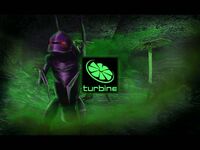 Additional character slots were added during the following events: