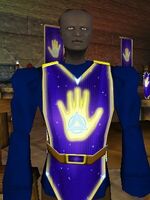 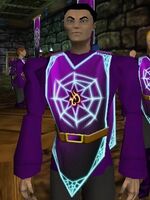 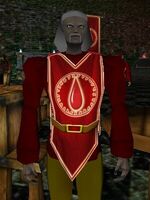 Rafin bin Fezesh
Add a photo to this gallery

You take the small crystal that was given to you and slowly pass it over the stone. The crystal glows blue briefly, then stops. You feel a warm sensation pass over your skin, followed by a chill. You think that the crystal might have done something to you, but you're not sure what.

Retrieved from "https://asheron.fandom.com/wiki/Dark_Isle_Scouting?oldid=406299"
Community content is available under CC-BY-SA unless otherwise noted.