"When you are slain, you'll resurrect at the last lifestone to which you attuned your character, having lost one or more valuable items, half your pyreals, if any, and a percentage of your "vitae," or life force. All your skills are decreased by the percentage of your vitae loss and so are the maximum values of your secondary attributes -- Health, Stamina, and Mana."

Upon death you will leave behind a corpse containing a number of your items.

Your corpse appears at the place where you died, or if you are in the process of portalling it may appear elsewhere:

While player corpse lifespans may be short, this time may be greatly increased depending on the location of the body. The corpse decay timer is only active when the landblock it is located within is also active. Because of this, corpses can exist for a long time, even for months or years, if they are located in a rarely visited spot.

Your corpse is "locked" when you die and may not be looted without your permission unless you are designated as a Player Killer. You may choose to grant other players the ability to loot your corpse using the @permit command. Note that this command only grants permission to loot one corpse. If you have multiple corpses, you will have to issue the command for each one. You may only give permission to players that are currently logged on. This means you cannot permit one of your own characters on the same account.

See Death and Corpse Commands for all commands relating to permissions. 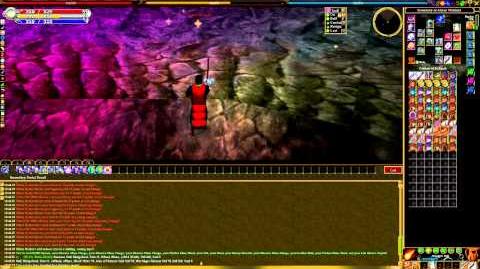 See also: the Turbine Knowledge Base for the official article on death items

The number of items you drop can be reduced with the Clutch of the Miser augmentation. If you get the augmentation three times you will no longer drop any items (except half of your Pyreals and all Rares and except if you're a Player Killer). If you drop no items you will not leave a corpse.

Some players use gems particularly the Archmage Portal Gems as death items, so it's important to note how stackable items work with the death system. When you die, a stack is considered to be one item for the purposes of death items. However if that stack is selected, only one item off the stack will drop. For example, let's say you can currently cover all of your items with five Portal Gems. After the event, if you do not stack these gems there will be no change. However, if you combine the five gems into a single stack, you would drop one gem and four other items on death.

When you die there is a notification in your chat dialog stating what items you dropped, and your corpse location (if on the landscape). If you do not leave a corpse the notification will state so.

PK deaths use the same system as above for 35+. Below 35, you lose a number of items based on your level using the above formula. Wielded items are not excluded from dropping, and you will always lose 50% of your pyreals and all your Rares.

No items or pyreals are lost in PKL death.

You can protect important items like your armor and weapons by carrying death items. These are items that are ideally light weight as well as high in value. You can tinker loot items with bags of Salvaged Gold to raise their face value. Although tinkering special items can remove some of the benefit, as you feel obligated to recover them. Items that can be purchased can just be left if the corpse would be too difficult to recover.

Popular items to use as Death Items:

Items that have the Special Property Bonded will never drop on death. Some notible bonded items include:

Players receive a reduction on their life force, called vitae penalty, upon each death. Each death adds 5% vitae penalty, with a maximum penalty of 40%. Your vitae penalty reduces your health, stamina, mana, and all your skills by the given percent.

Note that while technically you lose vitae on death and need to recover it, many players will say they have gained vitae upon death. Players will often refer to vitae recovery as burning vitae. Common abbreviations for vitae penalty are vitae, VP, and vit.

Retrieved from "https://asheron.fandom.com/wiki/Death_Penalty?oldid=438238"
Community content is available under CC-BY-SA unless otherwise noted.