"Fayza is interested in the Energy Infused Rocks from Deewain's Dark Cavern."

Concerning the Path with the Golems

The locations of the platforms change, so there will be different routes. Route 1: 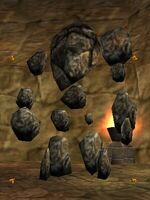 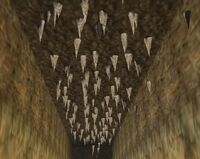 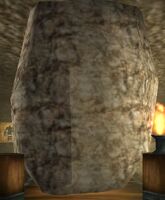 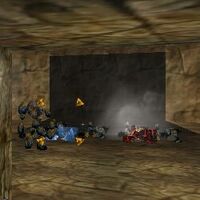 Room with the Golem Defenders 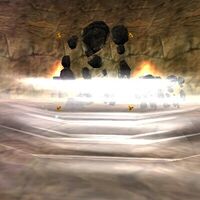 Deewain prefers being left alone...
Add a photo to this gallery

You allow Fayza to examine your Energy Infused Rock.

Fayza tells you, "What a magnificent sample! So light for such a large stone, truly amazing."

Fayza tells you, "I wonder if I could use this material to create something special....."

Fayza tells you, "Ah right, I should also reward you bringing me this"

You hand over 1 of your Energy Infused Rocks.

Retrieved from "https://asheron.fandom.com/wiki/Deewain%27s_Dark_Cavern?oldid=470350"
Community content is available under CC-BY-SA unless otherwise noted.