The Falatacot existed on a continent that Geraine IV later states is located beyond the western sea.[1] The occupation of lands to the west is again mentioned by Gaerlan: Far to the west, beyond the scope of Ireth Lassel they erected their homes, secluded, removed and all together separate.[2]

The Falatacot were driven to Killiakta by Yalain, Haebrous, and Dericost. It is on Killiata where they first heard the pulse of the Blood of the World; where they ceased to be wanderers, and became the Keepers of Creation; where they became the blessed servants of the Wheel of All Things.[3] They found that on Killiakta, or Dereth, that mana was most concentrated, and plentiful.[2]

The Falatacot, studied the art of Geomancy with an unquenchable thirst. They called upon the resonance that echoed from within the world at the structures erected in the time before.[2]

They diverged into two branches: the Dark Falatacot, dealing in the power of undead and corruption in service to the Old Ones; and the Light Falatacot, working to protect what they consider to be worshipful spirits - the Deru Trees.[4][5] The Sisters split when some of them began "quickening" other races. This led to a schism, and some of the eternal bodies of the Dark Sisters were locked away in Temples. Qin Xikit was the first to experience this.[6]

The Dark Sisters have a strict, matriarchal, hierarchy. They made extensive use of Blood Magic and sacrifices for their goals.[7][8][9][10]

Somewhere during the early history of Auberean, Kemeroi overpowered the Old Ones.[11]

Some have speculated that the only ones who would know the truths of the Falatacot were driven from this world long ago. They flew into seclusion or were hunted by the remnants of the Falatacot/Dericost in the time of the one that shall remain unnamed.[2] Perhaps this refers to the world of Bur.

Thousands of years ago, the Falatacot made visits to the world of Bur and influenced the direction of this world on a grand scale. They showed favor on a race called the Fiazhat, and the enemies of the Fiazhat -- the Burun -- were driven back and nearly rendered extinct.[12]

As a reaction to the meddling in the magics of Bur of the Dark Sisters, the followers of the Light brought the Moar there.[5] The Sclavus were created by fusing the lives and spirits of the male Falatacot and creatures called the Fiazhatin.[7][13] After they began their society on Bur and were stricken by the malice of the Burun, the Dark Sisters abandoned the world of Bur. They took with them a supply of the serpent-like creatures and sealed the access to the world. The Dark Sisters were content to leave the world to doom after they had collected their followers.[5]

Some Falatacot fled from Killiakta to Dericost after darkness and cold put their gods to sleep.[14] They wandered into the holds of their cousins, the Dericost and were tolerated as they shared their arts.[2] Although uncontested in the rule of its continent for thousands of years, the Kingdom of Dericost truly rose to prominence with the arrival of the Falatacot refugees, who fled the island of Dereth due to global cooling of Auberean. In exchange for sanctuary in Dericost lands, the Falatacot shared their worship of the Old Ones and their magical knowledge. They specifically shared their knowledge of blood, death and entropy magics. [15] Passing carefully hidden truths to the Dericost brought about change. Yet the Falatacot, held many arts secret and in darkness still.[2]

At the end of the Millennium War, after nearly 1,000 years of conflict, the Haebrous and Dericost lands were devastated. As the war turns against them, the Latzimestal decide they have lost the blessing of the Old Ones and that the remaining Falatacot are to blame. They set about exterminating the few Falatacot still in the Kingdom.[15]

A Falatacot woman who had escaped the Lords' purge led Jailne and Alaidain through the trackless tunnels of Vasmora into the palace of Sarvien II. In a pitched battle, the Haebrous and Yalaini forces destroyed Sarvien and his Lich advisors, but the struggle costed Jailne his life.As Sarvien passes into true death, he utters a prophecy from the Book of Eibhil, known as the Fivefold Curse.[16][17]

This Falatacot woman might be one of the ancestors of Lady Adjaas implied by a letter to her by Lady Maila Realaidain[18][19] and utterances of representatives of the Eldrytch Web, Radiant Blood and Celestial Hand [20]

In general, it is said that the Falatacot were absorbed into the ranks of their cousins, such as the Gelid, and that their knowledge might be lost to the other races.[2]

The Falatacot which returned (from Bur??) to Dereth, find their old enemies allied with the Living Shadow, as well as the only living Yalaini, Asheron and the newly arrived Isparians. None of those they regard friendly.[3]

Eating Habits of the Moars

Hunting Habits of the Moars

Origin of the Moar

The Circle of Giving

The Last Expedition of Ixir Zi

The Sisters of Light

The Story of the Lost Sisters (First Section)

The Story of the Lost Sisters (Second Section)

The Story of the Lost Sisters (Third Section)

The Story of the Lost Sisters (Fourth Section)

The Story of the Lost Sisters (Fifth Section)

Words of the High Matriarch

Ixir's Staff of the Eyes

Lance of the Bloodletter

Tome of Blood and Bone 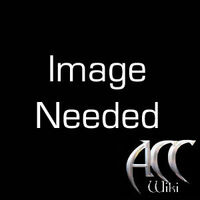 Retrieved from "https://asheron.fandom.com/wiki/Falatacot?oldid=457389"
Community content is available under CC-BY-SA unless otherwise noted.