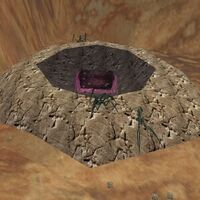 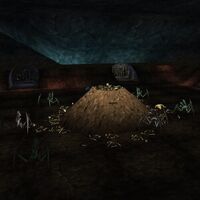 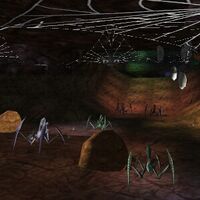 Flag (undyed and unstamped)
Add a photo to this gallery

Verdentine Magnan tells you, "Did you see that? A little Grievver! I wonder if it's a different species or just a juvenile.
Verdentine Magnan tells you, "I am very interested in insect trophies and body parts. You can learn much about a creature from its remains. If you have any I would greatly enjoy looking them over. Don't worry I'll return them after I've examined them. I do however have a powerful appetite and cannot make the same assurances about food. Haha!

Verdentine Magnan tells you, "Grievvers eat whatever they can catch. I often see them dragging rabbits, aurochs and other creatures wrapped in webbing across the valley floor. Yesterday I saw them drag an injured Olthoi to the east of the valley where I expect they have a nest of sorts. Unfortunately, many young warriors and mages new to the world also fall prey to the Grievvers out of inexperience.
Verdentine Magnan tells you, "What? A minor setback? Ah yes, the lifestones. You wouldn't think that was any worse than the hundreds of other ways we can die and be reborn anew into this world, but Grievvers prefer to eat their food alive I'm afraid. They try to injure their prey and cocoon it for consumption at their convenience. I... I sometimes hear horrible sounds from down there. Be careful here, I beg you.

Verdentine Magnan tells you, "I'm afraid I find the recent Grievver activity in this valley somewhat unsettling. They seem to guard the area against all other creatures. I've never seen Grievvers build a nest, but I think that's just what they are doing. Perhaps the lack of Shadow influence for so long is allowing them to return to a more natural existence. If you think yourself brave enough I would be very grateful to know what they are doing in the far east of the valley.

Retrieved from "https://asheron.fandom.com/wiki/Flags?oldid=468019"
Community content is available under CC-BY-SA unless otherwise noted.