A huge fort near Cragstone.
This structure is one of the POIs indicated on the Ingame Map. See Points of Interest Map, no. 42

Fort Witshire and the dungeons below it have been taken over by Hollow Minions loyal to Martine where they are producing Simulacrums in a plot to kill Prince Borelean. The main entrance to the Fort is now barricaded making it impossible to enter except by jumping.

From the History of Fort Witshire:


In the very early years after the Olthoi were overthrown, the land was constantly under attack from Tumeroks. Hence, a man named Witshire built a fort upon the ruins of an Empyrean fortress, out to the west of Cragstone. Fort Witshire stood tall and proud for but a short time, for the tumeroks were driven back, and it was soon abandoned. Now it stands alone, out to the west of Cragstone in the fields.

Both these portals require flagging as part of the Elysa's Favor Quest in order to use.

Hollow Minions only appear when exiting into the fort via the Witshire Dungeon. 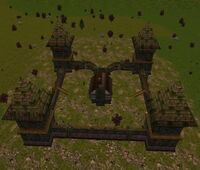 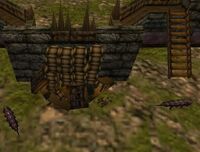 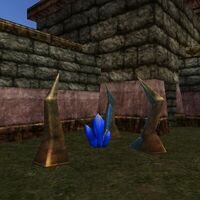 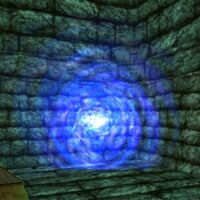 Witshire Dungeon portal
Add a photo to this gallery

Retrieved from "https://asheron.fandom.com/wiki/Fort_Witshire?oldid=436056"
Community content is available under CC-BY-SA unless otherwise noted.