An abandoned Sho outpost. It was long unoccupied, until renegade Gotrok Lugians took it over. There was a lifestone in the outpost, but when the lugians took over, the lifestone was destroyed or relocated, and there is now one to the north. There is a portal to Eastham at the eastern end of the outpost. The lugians guard a Runed Chest (resistance: 200, tier 4 Loot). Inside one of the buildings, the lugians established a Renegade Stronghold.

It is indicated on the Ingame Map. See Points of Interest Map, no. 54.

The name Fycheck comes from the entry for this location in the original AC Explorer files. According to that entry, there were once two rumors (both titled "The Fycheck Outpost") associated with this location and the ruins to the south. While it has not yet been confirmed if this was an actual text, the text Ancient Warrior's Tower seems to back up the story told in these old rumors. 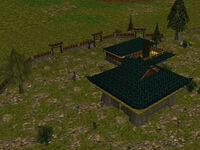 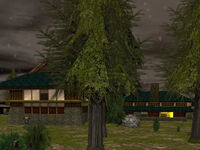 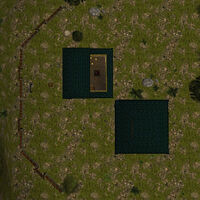 Add a photo to this gallery
Retrieved from "https://asheron.fandom.com/wiki/Fycheck_Outpost?oldid=319311"
Community content is available under CC-BY-SA unless otherwise noted.