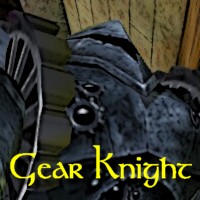 Cogs in the Machine

The Gear Knight shudders to a stop and begins to rattle. In a fading voice, it intones, "Power core critically damaged, fragmenting. Protocol fails. Uploading to backup."

Gearall the Shield scans the horizon, looking for adversaries.

Gearall the Shield says, "I will not be lured away so easily."

Turgos the Hunter scans the horizon, looking for adversaries.

Lay of the Land

<Player>'s blow drops the Iron Blade Warmaster to his knees, sputtering sparks and fluid. He then collapses into a heap.

Retrieved from "https://asheron.fandom.com/wiki/Gear_Knight_Utterances?oldid=445181"
Community content is available under CC-BY-SA unless otherwise noted.