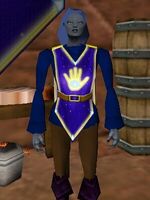 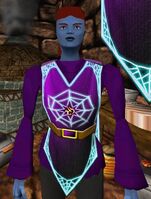 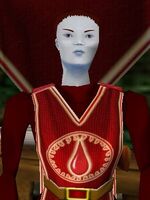 [Society NPC] tells you, "You seek to improve your standing with the Society and do some good for your fellows, eh? You can help me by delivering a package for me... We have a discreet cooperative arrangement with a certain sentient undead that lives in the Empyrean Graveyard. Suffice it to say that Massilor the Withered was once a great scholar, and his rotting skull still holds useful knowledge. Seek him out through a portal at the eastern edge of the Empyrean Graveyard. Beware the rats down there."
[Society NPC] gives you Supplies for Massilor.

Massilor the Withered tells you, "So, my secret friends have a secret helper! I'm not sure I've seen you before, but then again all you breathers look and sound the same to me. I just need the supplies you brought. Here, let me take that..."
You hand over 1 of your Supplies for Massilors.
Massilor the Withered tells you, "Be on your way now and report back to your masters. Which ever of them you might serve. Heh, heh. I know something you don't know..."

Returning to NPC after Completing Task

Retrieved from "https://asheron.fandom.com/wiki/Graveyard_Delivery?oldid=406383"
Community content is available under CC-BY-SA unless otherwise noted.