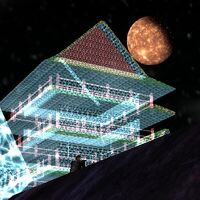 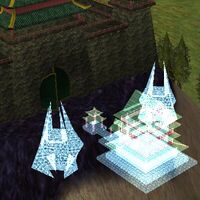 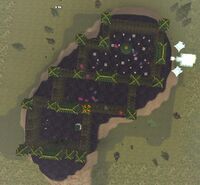 Overview over all the courtyards 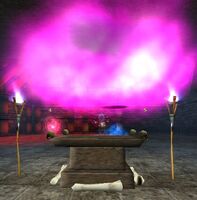 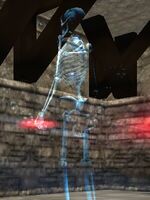 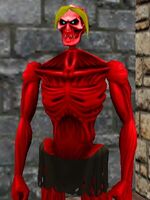 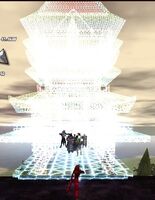 Entering Hoshino's Tower
Add a photo to this gallery

Mareeno Donn tells you, "Greetings. Your reputation proceeds you. In dire times such as this we could use bold adventurers like yourself."

Mareeno Donn tells you, "I represent the Arcanum and have been sent here to discover what secrets lie within Hoshino's Fortress. We must learn as much as we can as quickly as we can, we have no time to waste."

Mareeno Donn tells you, "Who knows what Hoshino Kei is planning, but whatever it is it can't be good! Her fortress rises from the ground seemingly overnight. No doubt that evil book is responsible."

Mareeno Donn tells you, "Please investigate the fortress and see what you can discover. We cannot sit idly by as she forges forward with her scheme. We must be proactive and put an end to this before it is too late. All of Dereth is in grave danger!"

You allow Ancient Altar to examine your Ancient Skull and Bones.

You hand over 1 of your Ancient Skull and Boness.

As you place the bones onto the altar, the ground starts to tremble. You feel the room begin to charge with energy.

A huge skeleton suddenly appears. It seems to be focused intently on the Samurai Titan.

Ancient Altar tells you, "You have earned the title of "Vanquisher of the Titan"."

Crypt Eidolon says, "Abomination! The souls within these walls will not be enslaved to Hoshino Kei. Leave this place!"

The Samurai Titan falls to the ground in defeat at the hands of the Crypt Eidolon. A portal to the surface appears in the northwest corner.

Crypt Eidolon says, "Back to the abyss dark Titan. Do not return to this sacred place."

Freed Temple Exarch tells you, "Thank you for freeing me from the infinite torture I have been enslaved to."

Freed Temple Exarch tells you, "Being the guardian of this temple was never my choice, but instead was a duty thrust upon me and labeled as an honor."

Freed Temple Exarch tells you, "I hope the little I can give helps to repay my debt to you."

You have been awarded the title of "Heretic"

You allow Mareeno Donn to examine your First Lieutenant's Insignia..

You hand over 1 of your First Lieutenant's Insignia.s.

Mareeno Donn tells you, "Those are disturbing reports. Hoshino Kei has amassed great power and her army is growing."

Mareeno Donn tells you, "If her influence continues to spread this could mean a war will be upon us, and I can't say that we would be able to stop her."

Mareeno Donn tells you, "It was important for you to explore her fortress. You have earned this."

You have been awarded the title of "Captain"

Retrieved from "https://asheron.fandom.com/wiki/Hoshino_Fortress_Infiltration?oldid=431445"
Community content is available under CC-BY-SA unless otherwise noted.