Before he left, his scream of betrayal was heard by the triumphant humans. “Dule! Base traitor! I sense your art in this artifact assembled by the last Yalain. Thee and thine are banished from Our sight for all time, and ye shall be hunted until the stars fall from their course! Marked are thee!” [1]

You hear a childish voice say, "Long ago there were five, but now there are three. They will have their revenge."[2]

Joining the Ranks of the Isparians

Stats of Isin Dule in Delving into Claude's Mind 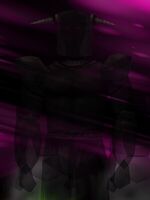 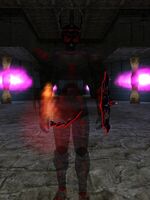 Shade of Dule in the Ithaenc Quiddity Seed Quest Quest 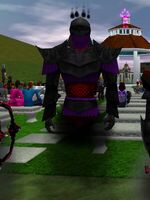 Isin Dule at the Wedding of Borelean and Hoshino 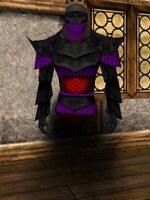 Isin Dule in Arwic
Add a photo to this gallery

Other References to Isin Dule

Retrieved from "https://asheron.fandom.com/wiki/Isin_Dule?oldid=464535"
Community content is available under CC-BY-SA unless otherwise noted.