"The forest town of Lin was founded shortly after Mayoi in an effort by the Sho to further protect their holdings. After a Gigas Lugian warlord and his party had brazenly assaulted Nanto and was narrowly defeated, leaders in the capital of Hebian-To decided they needed an earlier warning of Lugian raiders. And so, hidden away in a forested valley in the shadows of the Linvak Mountain Range, the town of Lin was built. Eventually, as the Lugian attacks lessened, Lin became a tranquil resting place for travelers and a staging point for expeditions into the mountains." --Town Network Sign

Creatures that are commonly found in the area surrounding Lin. 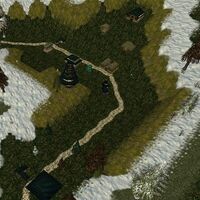 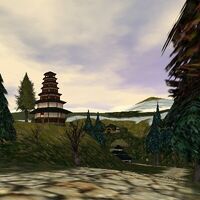