Introduced during the From Darkness, Light event. Luminance Augs, also known as Auras, let you improve (augment) your character in a similar way to XP Augmentations, but instead of experience they require luminance points.

Before you can earn Luminance, you must first complete Nalicana's Test.

Luminance points can be earned from:

Introduced in the The Risen Princess event, Luminance can now be shared in Fellowships. It's controlled under the same UI option as XP, but the share range is drastically shorter.

"The remaining four Seers are bitter rivals of one another. They do not relish teaching students who follow the guidance of another Seer. Though all the Seers accept (some begrudgingly) Nalicana’s hand in training, they will teach no student who carries the Aura of a rival Seer."

The Seers are also craftsmen and craftswomen in their own right and can fashion items from the Luminance of the world. The timer for the Augmentation Gem token can be tracked with the Contract for Aug Gem: Luminance. 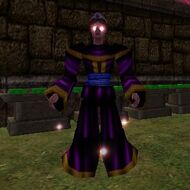 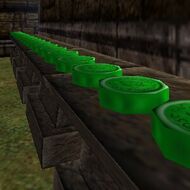 Luminance bar on the UI
Community content is available under CC-BY-SA unless otherwise noted.
Advertisement