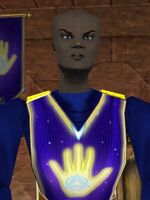 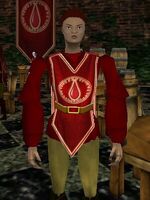 Payla bint Dumandi
Add a photo to this gallery

Dialog for the other societies is identical.

Shishalti bint Jaffa tells you, "Your Society needs your assistance. The number of the Blighted Moarsmen in Nyr'leha, the Moarsmen City, has been growing incredibly fast. We need to keep their number down to keep their potential threat to a minimum."
Shishalti bint Jaffa tells you, "Go to the Moarsmen City, South East of Candeth Keep, and search for their Spawning Pools. Kill any of the foul beasts you find in the pools. Take no pity on these beasts. They sacrifice their own young much of the time."

Retrieved from "https://asheron.fandom.com/wiki/Moarsman_Spawning_Pools?oldid=295251"
Community content is available under CC-BY-SA unless otherwise noted.