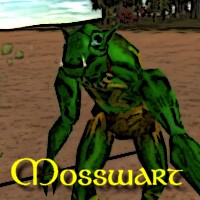 Master of the Swamp

Master of the Swamp picks muck from between scales.

As the Braggart Mosswart (sic) a keyring lands under its now lifeless body.

Mosswart Keeper dies revealing an ancient key with a warrior's markings on it.

Mosswart Overchief falls; a shabby rope around its neck hangs against the ground revealing a key.

Ravenous Mosswart is split opening. It would seem a key may have been part of its lunch.

Retrieved from "https://asheron.fandom.com/wiki/Mosswart_Utterances?oldid=445191"
Community content is available under CC-BY-SA unless otherwise noted.