The Mount Alphus Range is a series of six plateaus running southwest/northeast from approximately 12N, 11E to 22N, 19E between Glenden Wood and Zaikhal. From north to south, the mountains are: Zabool, Alphus, Bellig, Gemm, Dalt, and Syliph.[1] To the west of Mount Alpus is Alphus Valley, where one may find the Alfreth Dungeon.[1] To the east of Syliph is the Syliph Plain,[1] where one may find the Sylsfear Dungeon, originally named the Syliph Dungeon.[1][2]

The summit of Mount Zabool may be reached by climbing the Zabool Tower, whose base entrance is at 21.7N 19.4E. On the southern end of Zabool is a portal to the northern end of Alphus. The plateau of Mount Alphus may only be reached by that portal. There is a return portal to south Zabool at the north end of Alphus. There is a Menhir Ring at 19.3N, 17.7E. Zalphoos the Shopkeeper lives in his tent on Mount Alphus at 19.3N, 17.6E. Next to his tent is a well. The next mountain down, Mount Bellig, is not connected to Alphus by portal, and you must return to the lower ridge. There is a portal to the base of Mt. Alphus at 19.5N, 17.5E.

The summit of Mount Bellig may be reached by climbing the Bellig Tower, whose base entrance is at 17.8N 16.0E. South Bellig connects (via portal) to North Gemm, South Gem connects to North Dalt, and South Dalt connects to North Syliph. There is nothing of interest on these four plateaus, and they are only sparsely populated by creatures. At the southern end of Syliph is a portal to the top of Syliph Tower.

Inside Syliph tower in the lower levels is a lone vendor named Gemm the Smith. At the bottom of the Syliph tower is a one-way exit portal leading to the base of Mt. Syliph. Near that drop point is another portal, leading just down the steep hills to Mt. Syliph Plain. Just west of this drop point, one may find the Sylsfear Dungeon.

Legend of the Undead Defender 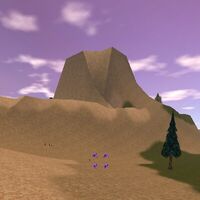 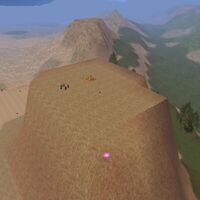 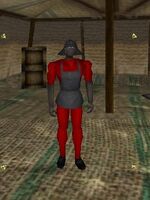 Zalphoos the Shopkeeper on Mount Alphus 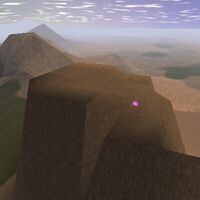 Mount Syliph
Add a photo to this gallery

Retrieved from "https://asheron.fandom.com/wiki/Mount_Alphus_Range?oldid=456913"
Community content is available under CC-BY-SA unless otherwise noted.