The Dungeon opens up in the patch with the anniversary of Asheron's Call since its 7th anniversary, Nov. 2nd. It usually closes next patch.

Just your friendly Lugian Doorman, your Banderling DJ, and not to forget, the Dancing Drudges & Tuskers..
These creatures are not NPCs or creatures, they do not appear as dots on the radar, and no interaction is possible, they are more.. decoration.
A few Merchants sell their wares in the corridors of the dungeon: 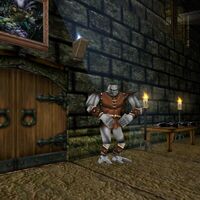 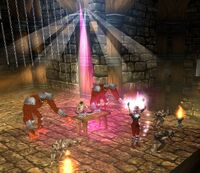 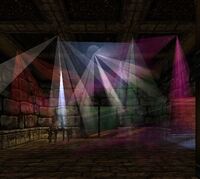 Relax and have a drink 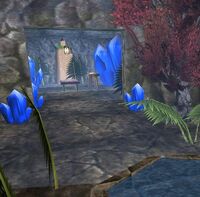 The huge Chill Out Zone 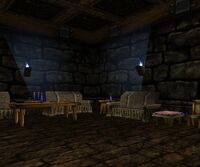 The facilities. Ignore the corpse of a former visitor on the floor
Add a photo to this gallery
Retrieved from "https://asheron.fandom.com/wiki/Night_Club?oldid=457209"
Community content is available under CC-BY-SA unless otherwise noted.