This is one of two black markets, the other being Freebooter Keep Black Market. Originally the dungeon was loggable, however it was later updated in Risks and Rewards to send you to the lifestone if you log inside or in the area of the castle above.

There is a locked door Diff 9999 near the NPCs named Reinforced Door with no known key to open. After using a Shimmering Skeleton Key to open the door, and it appears the room is just decoration. There are several treasure piles and open MFK style chests, but they are not selectable and there are no hidden walls or switches.

During the Emotions Unbound event the following changes were made; 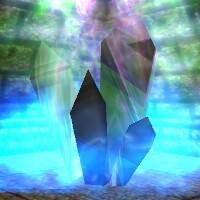 Room past the Reinforced Door (opened with Shimmering Skeleton Key).
Add a photo to this gallery
Retrieved from "https://asheron.fandom.com/wiki/Northwatch_Castle_Black_Market?oldid=422248"
Community content is available under CC-BY-SA unless otherwise noted.