Part 1: Access to the Secret Lair (The Fir Tree)

Trial #1: Trial of the Vagabond 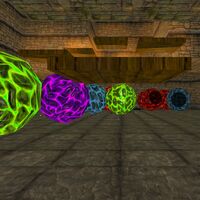 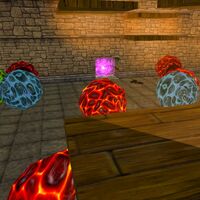 Looking down on Rolling Death 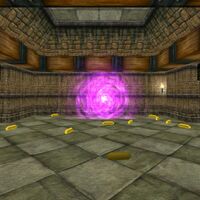 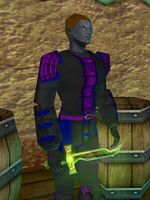 Oswald's Dirk
Add a photo to this gallery

You allow Ulgrim the Unpleasant to examine your Sweet Smelling Bark.

Ulgrim the Unpleasant tells you, "What do you want me to do with this? Pick my teeth? Stop bothering me I have some serious drinking to do."

You allow Ulgrim the Unpleasant to examine your Empty Mug.

Ulgrim the Unpleasant tells you, "Hey. This is stolen property. I might swill my share of ale, but I'm not swilling my brew from Celcynd's mug."

You allow Ulgrim the Unpleasant to examine your Strands of Silk.

Ulgrim the Unpleasant tells you, "You find enough of this you might be able to have some tailor make a really fine shirt."

You give Ulgrim the Unpleasant Half Empty Cider.

Ulgrim the Unpleasant tells you, "Something doesn't smell quite right about this stuff. You got it from Jaleh's, eh? Well I've no love for the money grabbing b--. Say you don't think that I had anything to..."

Ulgrim the Unpleasant tells you, "Well of all the insane ideas to pop into people's heads. Be off with you! I've better things to do than deal with some hack investigation."

Ulgrim the Unpleasant tells you, "Whew! Tangy. Yup, that was definitely not right. I feel kind of sleepy. You have any more Ale?"

Ro Bi-Jor, Apprentice Tailor tells you, "I'm afraid I don't know what to do with this."

Ro Bi-Jor, Apprentice Tailor tells you, "It's a mug, and there is a name scratched on the bottom. Maybe it belongs to that person."

You give Ro Bi-Jor, Apprentice Tailor Strands of Silk.

Ro Bi-Jor, Apprentice Tailor tells you, "This looks like the silk that I used to make a shirt for Jaleh al-Thani. Oh I remember it very well. He asked for a shirt made in a very ornate and overly pretentious way."

Ro Bi-Jor, Apprentice Tailor tells you, "This was the first item that my master had me craft. When Jaleh came to collect it he pointed out a tiny flaw in my weaving and demanded the cost be lowered. It was, but so was my pay. I was very angry with him. Very angry with him."

Ro Bi-Jor, Apprentice Tailor tells you, "I have heard that he is missing. Surely you don't think that I had anything to do with it. Please you must believe me. Look at my sollerets if you don't."

Ro Bi-Jor, Apprentice Tailor tells you, "Oh my. This does look bad, but I swear. I've never been to the desert. I've spent most of my life just around this area, I'm a tailor, not a kidnapper.

You think back to the way the scene looked. The tracks left there were distinctly boots, not sollerets. Someone is trying to frame this poor girl.

Ro Bi-Jor, Apprentice Tailor tells you, "You have to believe me.

You give Celcynd the Dour Empty Mug.

Celcynd the Dour tells you, "You found it. Oh bless you, I had lost it, thought I did but someone stole it left me with an empty mug loop on my belt and no cup with which to hold my drink. But bless you, you found it!"

Celcynd the Dour tells you, "It smells of Ayan Baqur, I've caught the scent before, the desert and dirt and the dirty pyreals. So filthy and unclean."

Celcynd the Dour tells you, "But you, you've a chip or chunk of a tree from the Tiofor Forest around Glenden Wood on you. I can smell it. Might I see it?"

You give Celcynd the Dour Sweet Smelling Bark.

Celcynd takes a deep breath of the Bark.

Celcynd the Dour tells you, "Ah, the smell of fresh firs and the air around Glenden Wood. Indeed that is where this came from. Somewhere near the city and surrounded by firs. May I keep it?"

Celcynd the Dour tells you, "Oh thank you. It reminds me of the area near the Glenden Wood Prison the trees there smell so nice throughout the year."

You pick up a sliver of the bark. As you do another appears in its place.

Attempting to use the Fir Tree if not flagged

You seem to have some odd preoccupation with rubbing trees. Perhaps you should speak to someone about this.

I see you've found my lair. Well... good for you. If you've come to join me all you need do is pass my tests, alone. You do that and I just might take you on as an apprentice in the less savory arts. You fail and well anything you drop will be mine.

Perhaps if you are an astute observer you'll find my true intentions at some later time. Either way I congratulate your efforts thus far.

You're a brave one aren't you? Well I guess we'll see how savvy you are too. The only way to leave this room, aside from being a yellow coward fleeing to the lifestone, your home or your master's mansion, is to solve the puzzle there on the pedestal. But you'll need to be an accomplished vagabond to finish that puzzle. Oh and one more thing, the puzzle box has a built in failsafe to see that unaccomplished vagabonds are punished for trying to be something that they are not.

Passing the Trail of the Vagabond

You've done well thus far--but now comes the test of cunning. There are two ways out of this next room: Death and out through the portal you can see across the length of this chamber. Good luck.

Target teleports you with Bullseye.

You made it through three of four, but now lies the most difficult. There is only one right answer here. There are four little tuskies here; the fifth, much larger one is their baby-sitter. You'll need to talk to the babysitter and decipher his riddle or be sent away from this place for a time; shall we say a week? There can be no mistakes now... think really hard on this one.

Babysitter tells you, "One is a liar, One always tells the truth, one alternates between the truth and fiction and the last, whose rules for telling the truth when he makes three statements are different than the other three tuskies.

Babysitter tells you, "When you think you have figured out the puzzle hand the balls to the children. Then use the statue on the other side of the room to see if you are right so you can pass into the master's room.

Cao Cao tells you, "Only one of Shim Shim's statements is false."

Cao Cao tells you, "The tuskie who lies, is two births younger than the truth telling tuskie."

Shim Shim tells you, "Mu Mu is not the youngest."

Shim Shim tells you, "Po Po does nothing but lie."

Po Po tells you, "Cao Cao is the youngest."

Judgment Statue tells you, "You must first attempt the riddle."

Judgment Statue tells you, "You have done well. You've made it into my room and you should be rewarded for your efforts. So take this key, and open my chest. Take what is inside. It'll help you out in your travels I am sure of that, oh and look around the room for some other clues, you might find something of interest."

Aaminah tells you, "I had no idea he had gotten me such a beautiful bracelet. I've never seen it before now."

Aaminah tells you, "Thank you so much for bringing me this, I will miss that wonderful man."

You must wait 20h to collect the bracelet again.

Retrieved from "https://asheron.fandom.com/wiki/Oswald%27s_Dirk_Quest?oldid=458456"
Community content is available under CC-BY-SA unless otherwise noted.