"In 12 PY, the Virindi-altered human Candeth Martine opened the way to Marae Lassel. Soon humans from the mainland came to the island and began to settle. One of these settlements is Redspire, a town situated on the southwestern coast of Marae Lassel. In Thistledown of 16 PY, as part of Varrici II's war against the "Bloodless, " the three human settlements on Marae were captured under cover of night. Though a fragile truce now exists between Strathelar and Varrici, the three spire towns remain under New Viamont's control." --Town Network Sign

Creatures that are commonly found in the area surrounding Redspire. 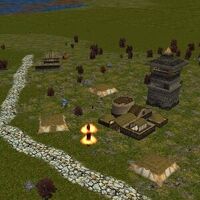 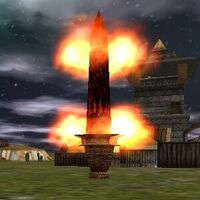 The red Spire giving the town its name
Community content is available under CC-BY-SA unless otherwise noted.
Advertisement