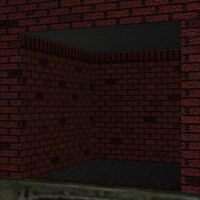 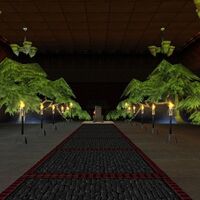 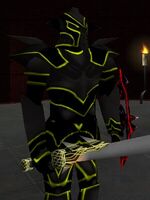 Armor of Darkness
Add a photo to this gallery

Trapped Townsperson tells you, "Please get me out of here! You don't know what they do to us, it is terrible!"

You open the lock with ease.
Trapped Townsperson tells you, "Thank you for getting me out of that cell. I need to get out of here before they grab me again."
You have been awarded the title "No Cage Can Hold Me"

Retrieved from "https://asheron.fandom.com/wiki/Ries_Woron%27s_Story?oldid=451218"
Community content is available under CC-BY-SA unless otherwise noted.