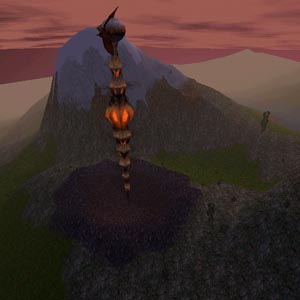 A Shadow Spire is an enormous floating object made from the Shadow twisted body of a Gromnatross.[1]

The Spires were the living creations used for sieges by the Shadow army. In the Empyrean Shadow War during the Yalaini Shadow War, 15 Shadow Spires -- also known as thorns -- appeared on Dereth. [2]

"RE 895: Darkness falls upon the shores of Ireth Lassel. A vast reach of Black Madness and fifteen Thorns accompany the Hopeslayer, his generals, and their army."

One of the spires were destroyed during the Battle of Ayn Tayan by Lord Anadil.[3] Another thorn blew up when the energy from the Hopeslayer's crystal trap destroyed the Jailne Lyceum in the area now known as the Obsidian Plains (reference needed)

The 13 spires that had survived the Empyrean Shadow War erupted from the earth in various parts of Dereth at the onset of the Darkness Ascendant event. These mysterious spires became the setting of a series of the abductions of many heroes throughout Dereth. Those abducted were interrogated and asked many questions by a shrill voice. The last question asked by the presence was which town visited by the Spires should be destroyed. During the Twilight's Gleaming event, the towns of Arwic and Tufa were obliterated. [4]

Two of the Spires that destroyed Arwic had previously attempted to attack Cragstone but were repelled by Asheron and Elysa. The spire that had erupted in Cragstone was destroyed during the battle. [5]

In the Thorns of the Hopeslayer event, the Shadow Spires were the locations where Bael'Zharon's generals and their forces gathered before they attacked various towns and locations. The town spires were also where key chunks were kept by the special Spire Shadows. The chunks formed keys to the doors inside the Nexus where one of the Soul Crystals was kept.

For the related event pages, see:

Initial locations and movements of the Thorns

Map displaying the locations where the spires erupted. 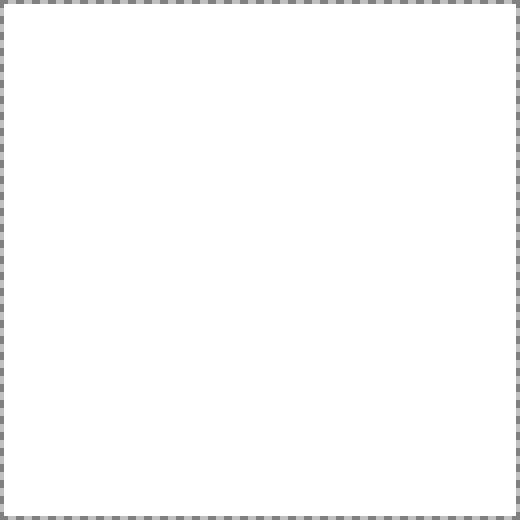 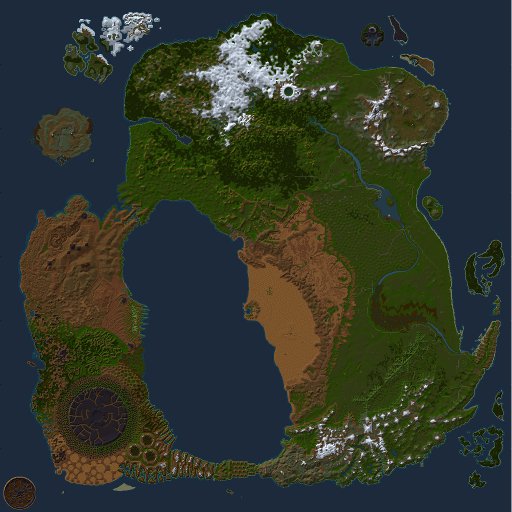 The following tables and map display where the original 13 Shadows Spires erupted and their locations each month until they buried themselves once again in the ground.

Three of the seven wilderness spires (one buried at Arwic) moved to the Vesayen Isles where the last of the Soul Crystals was found. The remaining three spires never moved from their original craters.[6][7]

There are currently only two existing spires in Dereth.

The first is located on the Singularity Caul at 91.8S, 92.8W and is where the Shield of Isin Dule is kept. This spire appeared during the The Price of Loyalty event. The rumor A Shadow Spire on the Caul refers to this one.

The second appeared in Tou-Tou during the Hidden In Shadows event and is part of the Shadow Invasion Quest Chain. Currenly only the head of the spire is visible and contains a portal to the caves where Shadow general Ler Rhan is found. 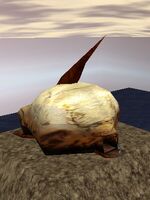 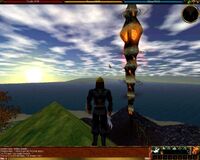 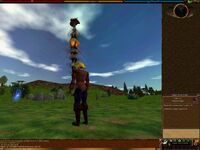 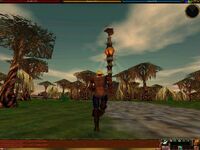 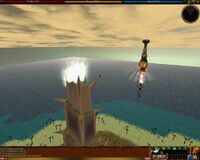 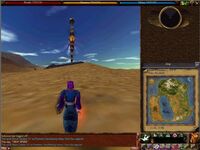 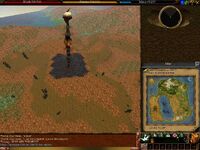 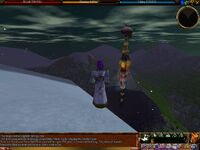 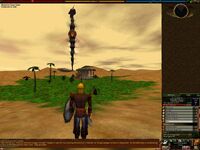 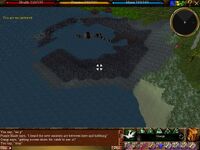 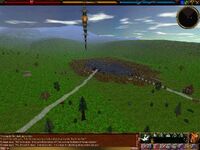 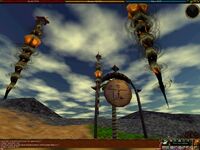 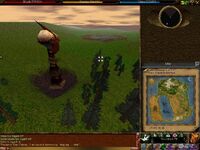 Retrieved from "https://asheron.fandom.com/wiki/Shadow_Spire?oldid=460353"
Community content is available under CC-BY-SA unless otherwise noted.