A spawn map should be available for most terrain spawning creatures and unique creatures that spawn randomly over a large area. Red dots on the map indicate locations where other players have reported seeing a spawn via the Mob Tracker plugin. A Viewer utility is available at the plugin site for color, zoomable maps using the most recent data available (the viewer is found in the plugin folder after installation, if you don't use Decal, you can just download the Viewer which is a standalone program). To update an existing map or to create a new map, see Wiki_Swiss_Tool/Spawn_Maps for details.

Example of a Spawn Map for Dual Fragments: 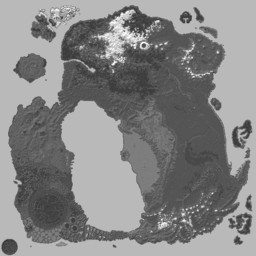 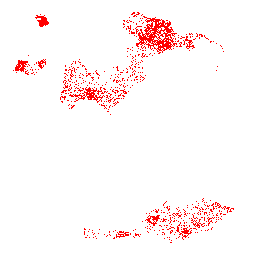