The search for Tamian Wilmot will uncover an ancient love story, and spear. 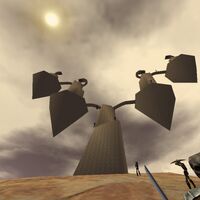 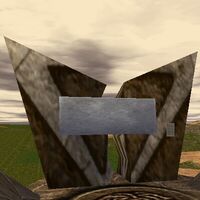 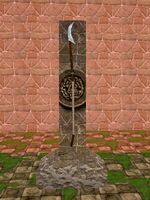 Spear of the Given Heart
Add a photo to this gallery

Astara Duskshield tells you, "Hello. Have you seen Tamian Wilmit around at all lately? I have not seen him in quite some time now. I am concerned about him, he had been acting a bit strange lately. He is a very dear friend. If you could find where he is I would very much appreciate it. He had a row with my friend Delton Hardor. Very out of character for Tamian.

Astara Duskshield tells you, "Have you found anything out about Tamian yet?"

Delton Hardor tells you, "Have I seen Tamian Wilmit? Strange fellow he is, not very able. Seems he can do nothing. I do not understand why Astara is still friends with him. Tis true, they knew each other on Ispar when younger but he is of no use here. Little in the way of useful skills, he has.

Delton Hardor tells you, "Yes, you may go tell Astara I said so. He tried to fight me in sword practise. I swatted him finely for he is no good with a blade and he came at me like a rabid Carenzi. I had to give him a good thrashing, lucky he is we were using wood, not steel. Astara made me stop, also screamed at him, he slunk away like a drudge.

Delton Hardor tells you, "I believe the last time I saw him was over by Ji Tenxien the Tailor. You could ask her.

Delton Hardor tells you, "Do not bother me about Tamian any more, go talk to someone else about him."

Ji Tenxien the Tailor tells you, "No, I have not seen Tamian Wilmit, not in a while. That boy is not good for much. Lazy, if you ask me. Always has his nose stuck in a piece of parchment. Perhaps Wylreda the Scribe has seen him. Tamian is always scrounging parchment off her.

Wylreda the Scribe tells you, "Tamian, has not been here lately, now that you mention it. Always in need of parchment, he is. He helps me out a bit in exchange for it. Cannot seem to do much around here but he is deft with ink and quill. Draws quite well, you know.

Wylreda the Scribe tells you, "Hmmm. An acquaintance of mine, a Scribe named Tian Li Quan traveled through here recently and stayed with Tamian's family. Tamian was fascinated with some Empyrean relic the Scribe had evidence of. Perhaps his friend Astara knows of this, you should ask her.

Reporting back to Astara Duskshield

Astara Duskshield tells you, "No word of Tamian? I suppose not, I spoke with most people here myself. I know Delton is still angry at him. Well, Tamian acted a bit wild that day when he and Delton fought, but perhaps he is just not used to swordplay and grew furious when Delton swatted him. Delton is quite good with a sword. Tamian knows nothing about them.

Astara Duskshield tells you, "Of late, Tamian had been extremely interested in something a Scribe who was travelling[sic] through here had given him. It had to do with a tower. Tamian is always drawing towers and such. The Scribe was named Tian Li Quan and resides in Lin, I believe. Tamian is no great traveler and that is quite a way from here. Strange that he would go and say nothing, but perhaps...

Tian Li Quan tells you, "Why yes, I do know Tamian Wilmit. I met him when I was travelling through Rithwic. Then he came here not too long ago. He seemed unhappy, and driven. His goal is to find an Empyrean structure that I had shown him evidence of, a sketch I let him have while staying with his family. He did some research while he was here but did not speak much to me about it.

Tian Li Quan tells you, "He left me a sealed copy of his journal in case someone came by looking for him. I think you are not the person he imagined may show up but I believe I should let you have it. He went to look for this structure. He went west.

You successfully connected the two halfs of the glass key.

You give Spear of the Given Heart A Glass Token.

You obtain the Spear of the Given Heart.

Handing in Journal of Tamian Wilmot

You give Astara Duskshield Journal of Tamian Wilmot

Astara Duskshield tells you, "Thank you for giving me this."

Handing in A Note from Tamian Wilmot

You give Astara Duskshield A Note from Tamian Wilmot

Astara Duskshield tells you, "Thank you for looking for Tamian. I don't know what to say.

Retrieved from "https://asheron.fandom.com/wiki/Spear_of_the_Given_Heart_Quest?oldid=456468"
Community content is available under CC-BY-SA unless otherwise noted.