Advocates were characters run by volunteer players with limited powers, designed to assist new players to Asheron's Call. They could be identified by their special shield called an Aegis. In lore terms they were called Strathelar's Order of Advocates, as seen on the Advocate and Sentinel statues located outside of Cragstone, Hebian-To, and Zaikhal. Besides their duties of helping newcomers, Advocates were also defenders of the realm. Elysa's Advocates were present and fighting at the battle of Cragstone, where Elysa, Asheron, and the Advocates destroyed an attacking Shadow Spire. They are now retired.

These ruins were the secret training grounds and headquarters for Strathelar's Order of Advocates. With the disbanding of the order the dungeon has been removed, but the ruins and lifestone remain.

Once trained the advocates would station at the Advocate Towers in the Starter Outposts near each of the starter towns and await for new arrivals to Dereth.

The command /list [town name] could be entered into the chat window too see a list of Advocates on duty in that town.

The order of advocates was disbanded during the Lonely In The World event. 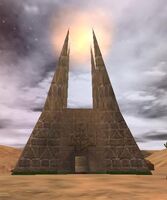 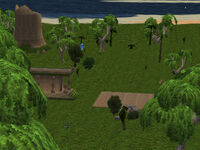 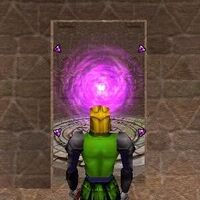 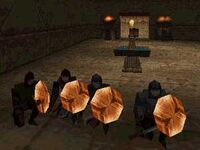 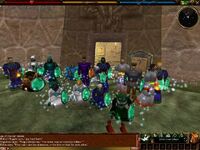 Advocates who have completed their training 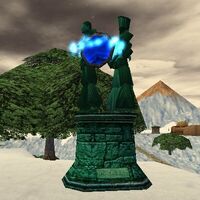