Groups of monsters will walk down the path and try to get out the end, you have to stop them. You use coins to buy towers tokens from the Tower Distributor. Also get coins from the Game Master. Hand the token to one of those towers along the top of the game. The tower will create a battle tower on the game board. Watch the towers go pew pew pew! You have to be careful because the coins you get will be limited. Survive all the waves of monsters and you win. 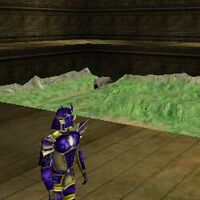 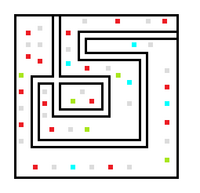 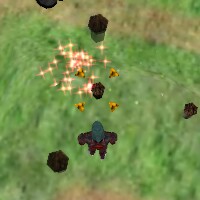 Uber Tower shoots lasers, and some locations hit terrain in way of line of sight. 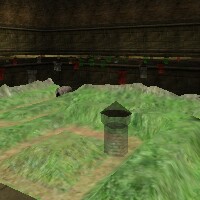 Translucent towers appear above the play area once the game begins. 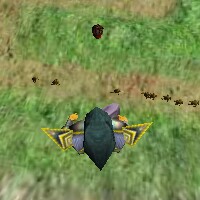 Train of mini creatures slowly walking the paths towards the exit. 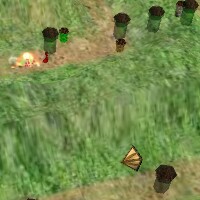 Trap Tower shooting a Pyramid eastward (passes through terrain) as Gaerlen scoots toward the trap. 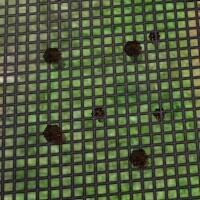 Sometimes the invisible grid isn't invisible.
Add a photo to this gallery

You have been granted the Title "True Tactician".
Supreme Tactician tells you, "To have won this game so many times you truly are a tactician.

Retrieved from "https://asheron.fandom.com/wiki/Tactical_Defense_Game?oldid=439877"
Community content is available under CC-BY-SA unless otherwise noted.