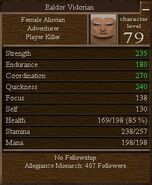 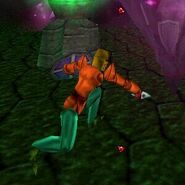 Town Crier tells you, "High-ranking monarchs have been approached by an unknown presence and subjected to grueling tests on a distant island. Apparently this entity, whatever it is, does not think much of our monarchs. Might this have something to do with the frightful apparition in the lightning flashes?"

Samuel, Former Guardian tells you, "A few years back - you see? A few years back, this island was found. Apparently, Monarchs had gone there before Bael'zharon walked the world, as a test. Something like that-"