The Book of Minesh 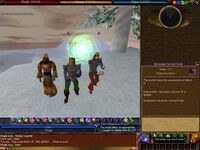 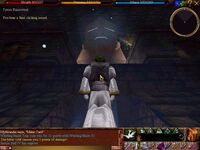 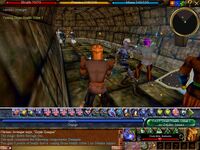 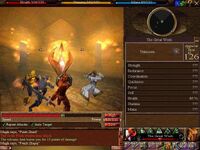 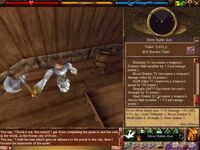 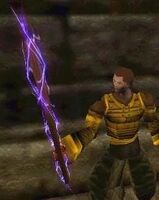 Town Crier tells you, "Some people claim that the sun has grown slightly dimmer, but no one has confirmed this for sure. Some say it has contributed to the sudden chill."

Town Crier tells you, "Bold adventurers have slain the leaders of the Gelidite Cult! The ancient corpses of the undead Lords Frisander, Fenngar, Ferundi, and Frisirth now lie broken in the halls of the Lost City of Frore."

Town Crier tells you, "The Great Work of the Gelidite Cult has been shattered by intrepid explorers! With this fiendish magical artifact destroyed, the world has warmed again, and the snows have receded."

Inside the Great Work's chamber

The volcanic heat burns you for 30 points of damage!

The Crystal Device seems to warp as you bring it close to the Shattered Key. Tendrils of living crystal stretch forth to grasp the iron and pull it close, forming a single key, half black, cold iron and half pale, warm gemstone

Retrieved from "https://asheron.fandom.com/wiki/The_Great_Work_Crystal?oldid=459963"
Community content is available under CC-BY-SA unless otherwise noted.