Once a peaceful Sho village (see here for old town page) found on the peninsula of the same name, Tou-Tou has now been destroyed and taken over by the Shadows.

The lifestone at the Tou-Tou Outpost is now the only one in the area.

Tou-Tou before the invasion

During A Rising Darkness

During Cloak of Darkness 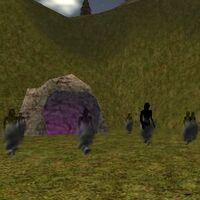 Black Ferah outside the Summoning Cave 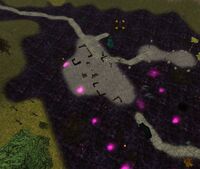