The nation of Viamont is located on the Viamontian peninsula, north of the Ironsea.[1] Further to the north lie the Silveran lands, to the east, the Aluvian Kingdom is located.[2] The royal capital is Corcosa, home of the clan, and royal bloodline, of the Corcosi.[1]

Viamont is not a land blessed with many mines of gold or iron[3], rather, it seemed its economy is based on herding cattle on more or less fertile pastures.[1]

The Lore Article The Origins and Current Disposition of Viamont gives a comprehensive overview of the History and the origins of the most important Houses of the Viamont, the Corcosi, the Bellenni, the Lotili and the Furzi.[1]

When the Rouleans brought imperial order to most of the lands around the Ironsea, they saw no benefit in conquering the Viamontian peninsula, and the tribes that would become the nations of Viamont and Aluvia remained chaotic and disorganized.[1]

Viamontian history reads as a litany of battles, great and small, from clan squabbles over a herd of livestock to their massive campaigns of foreign conquest.[1]

After the establishment of a royal line by the Corcosi clan, a war between this clan and an alliance of the two strongest other clans, the Lotili and the Bellenni ensued, which lasted almost 100 years. Only during the reign of King Elous VI, the nation was truly unified and a strong army built up. This army set upon conquering the neighbouring countries of first Aluvia, destroyed the Roulean Empire, and invaded the Gharu'n lands, until trouble at home called the forces of King Varicci I back.[1][4]

Viamontian forces led by the Viamontian crown prince Varicci di Corcosi II followed the rebel fraction of the Duke Bellenesse through a portal.[5] They established their base on the Halaetan Isles, and Varicci declared himself King and founded the city of Sanamar.[6] [7] [8] After the dropping of the Fiun Barrier, they waged war upon the "Bloodless", first conquering Marae Lassel, later on invading the main land.[9][10][11] Forced by the appearance of Grael due to experiments executed by amongst others, the Viamontians, the invasion came to an halt, and an alliance was forged.[12] At the moment, an armed peace between the Viamontains and the Isparians under leadership of Queen Elysa Strathelar exists.

During all of their history, the Viamontian Kings were descendants of the semi-mythical "Blood-Father, Karlun. Though not a Viamontian himself, he became the leader of the Corcosi clan. Through conquest, diplomacy, and treachery, Karlun managed to bring most of the other tribes under his leadership within one generation. Karlun's successors - his children and grandchildren - continued the subjugation of Viamont through marriages with the other clans, and began to style themselves a royal line. The blood of Karlun is what the Viamontians believe to be the element that distinguishes them from any of the other nations of Ispar, and that is the reason they refer to all outsiders as "the Bloodless."[1]

As much as it is possible to generalize about the character of an entire nation, the Viamontians, to put it mildly, are a proud and aggressive people. They glory in battle and conquest, driven by the ambitions of their lords and by a widespread love of combat and all its trappings.[1][18]

The structure of Viamontian society is strongly based around clans or "Houses". Origin of these clans can be found in the earliest independent tribes who spent most of their time warring over territory and livestock. In general, these tribes were organized around clans and ruled by a hereditary clan chieftain. Relations between these tribes were characterized by unstable alliances, opportunistic treachery, and vicious blood feuds. The most successful clans were led by chieftains who were not only mighty warriors, but also cunning politicians.[1]

The clans within themselves seemed to be free of serious internal dissension. All citations of the deaths of clan heads are attributed to war with other clans, natural causes, or misadventure. Successors to failing or dying clan chiefs were usually named by the incumbent, or anointed in ritualized trial by combat. The Viamontian national character seems to be strongly characterized by insular devotion to one's leader.[1][18]

Viamont is not a land blessed with many mines of gold or iron. However, centuries of military plunder, piracy on the seas, and dominance of trade have made them wealthy. Unlike the Rouleans, who delighted in building great cities and palaces, the Viamontians do not hesitate to channel most of their money into their army. Their armor was superior to that of many of their enemies. [3]

The Royal Bull of Sanamar 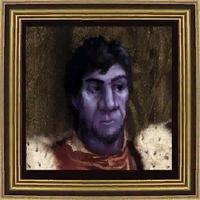 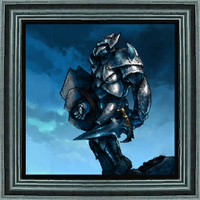 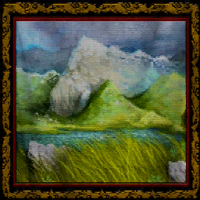 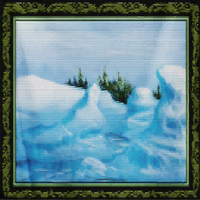 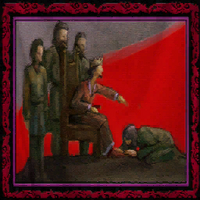 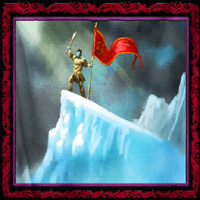 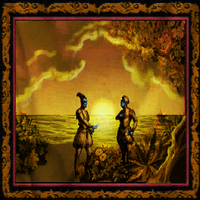 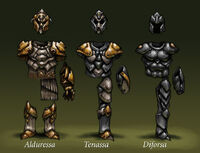 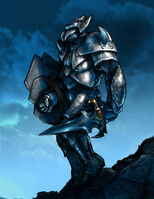 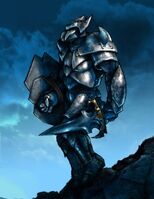 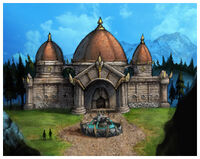 Retrieved from "https://asheron.fandom.com/wiki/Viamont?oldid=261851"
Community content is available under CC-BY-SA unless otherwise noted.