The war-like Viamontian have a tendency to conquer other lands in an effort to broaden their borders. Disciplined and fiercely loyal to their leaders, the Viamontians have long been the scourge of the other heritage groups of Ispar. - Viamontian Description (Character Creation)

Long ago the Roulean Empire had expanded to control the lands around the Ironsea. The Rouleans saw no benefit in conquering the Viamontian peninsula, and so the tribes that would later form Viamont, and their neighboring Aluvia, remained chaotic and disorganized.[1]

The tribes of this era warred over territory and livestock. Relations between these tribes were characterized by unstable alliances, opportunistic treachery, and vicious blood feuds. The tribes were organized around clans and ruled by a hereditary clan chieftain. The most successful clans were led by chieftains who were not only mighty warriors, but also cunning politicians.[1]

Clans were loyal to their chieftains. There are no stories of an ambitious family member killing and supplanting a cheiftain. All records of death of chieftains were attributed to war with other clans, natural causes, or misadventure. Successors to failing or dying clan chiefs were usually named by the incumbent, or anointed in ritualized trial by combat.[1]

In these early days, no one tribe rose to dominance. A handful of tribes rose to more powerful positions however, due to their control of the best lands and livestock for generations. These tribes included Bellenni, Lotili, and Furzi.[1]

Several hundred years ago, the Corcosi tribe rose to power and changed the political landscape of Viamont. The Corcosi tribe controlled excellent pasturelands as well as a natural port on the southern coast of the peninsula. During this time the tribe seemed more inclined to commerce than warfare, and was consided the most diplomatically inclined tribe of this period. They were wealthy and their lands were well-defended, but they did not desire to challenge the Bellenni or Lotili tribes. Instead, they established trade relationships with other tribes, and had established small outposts along the coasts and rivers to serve as ports.[1]

This all changed when a stranger named Karlun appeared. Although it is unknown where he came from, he was certainly not a native of the Viamontian peninsula. What is known is that, in very short order, he took over as chieftain of the Corcosi tribe in an unprecedented fashion. After taking control of the Corcosi trbie, Karlun used the existing trade connections with other tribes to establish military alliances. And with those alliances he began a swift and effective campaign to unite them under his rule.[1]

Through conquest, diplomacy, and treachery, Karlun managed to bring most of the other tribes under his leadership within one generation. As part of his program of unification, Karlun had brought learning and literacy (at least among the noble lines) to Viamont. The Viamontian magical arts also evolved from shamanic form dependent upon tribal totem animals into a variant of the familiar and almost-universal Four Schools.[1]

During the reign of Elous II, the resisting tribes formed an alliance of the their own. This resistance was led jointly by the shaman-wizard Bassano of the Bellenni and the warrior matron Pova of the Lotili. In the first pitched battle between the two sides, King Elous II died in personal combat with the two warlords. With the defeat of Elous II, hopes of defeating the resisting tribes vanished, and a Viamontian Civil War began. The war lasted almost 100 years. Throughout the war, tribes changed sides to best suit their interests. While the intensity of the war fluctuated, skirmishes took place more or less continuously somewhere in the peninsula.[1]

The civil war concluded in a battle in the foothills south of Corcosa. The battle lasted for three days, until there were not enough soldiers to continue fighting. In the end, King Elous V held enough of a tactical advantage to force the surrender from Bellenni and Lotili, but not enough of an advantage to see the victory he wanted - the eradication of the Bellenni and Lotili tribes.[1]

The civil war ended with all sides too spent to continue fighting, and the newly unified Viamont had 30 years of peace. By the time King Elous VI ascended to power, border wars began to occur once more between the lords of Viamont. Elous VI knew that unless this desire for conflict could be directed elsewhere, the newly formed kingdom would be broken again.[1]

And so Elous VI began the task of creating a national military force. Elous took the old tribal warlords and made them generals, and quietly brought in retired Roulean generals to train his new army. Soldiers were loyal to their hereditary lord, who were themselves loyal to Elous VI. Aside from their military obligations, Elous VI gave his lords great latitude to maintain their own domains. In order to keep the ambitions of the Viamontian lords in check, Elous established a war academy to make sure his own personal forces were the best-trained soldiers in Viamont. Other lords also sent their greatest soldiers to this academy, and this became the foundation of the Ferran Knights. [1]

The first campaign of the unitied Viamontian army began in 704 RC, when the Grand Armada of Viamont invaded the neighboring nation of Aluvia.[1][2][3][4] The structured army of Viamont, accompanied by the Ferran Knights, defeated the loosely organized Aluvian militias led by the Aluvian King Pwyll II on the Plain of Ayrifal.[1][2][3][5] Aflric, who led the invasion of Aluvia,[3] was instated as ruler of Aluvia.[4] Alfric held the titles of Viamont Royal Governor,[2][6] Overlord of Viamont,[3], and King.[4] Viamont used the wealth and resources of the conquered Aluvia, and more borrowed Roulean Expertise, to vastly improve their naval forces.[1]

Alfric's reign of Aluvia lasted until 735 RC. He was suceeded by his son Theolaud, who ruled Aluvia as King.[2][3] Theolaud's reign lasted 30 years, until 765 RC. By this time, Elous VIII was king of Viamont. While the exact circumstances of Theolaud's death are lost to history, but it is speculated that he was assassinated, that he died in a duel with a Viamontian noble, or that he died in a duel with King Elous VIII himself. And the motives behind his death were possibly that he claimed Aluvia as his own kingdom, and possibly that he seized control of Aluvia to defend himself against the Viamontian king, who did not approve of Theolaud's affair with the king's young daughter.[2]

Theolaud's daughter, Alfrega, was the next to reign in Aluvia. She was known by the Aluvians as Alfrega the Mad, and the Winter Queen.[2][3] Alfrega was a paranoid ruler, who rounded up those she thought were conspiring against her and executed them.[3] Her reign ended in 779 RC. Her son, Osric, was next to reign in Aluvia.[3] Though Osric was of Viamontian heritage, he re-established Aluvia as a kingdom for the Aluvians.[4][3] Osric made peace with the the rebellious Aluvian nobles, lowered taxes, and named his son after the Aluvian saint Pwyll. To this day, Aluvians praise Osric, whom they call the Wise, in their folk songs.[4]

Osric reigned in Aluvia until 810 RC.[3][7] His son, Pwyll, took the throne, and the royal name Pwyll III. Thanks to the work of Osric, Aluvia was united as one by the time of Pwyll's reign, and Aluvia enjoyed a golden age.[4] In 835 RC, on what was described as the eve of war between Viamont and Aluvia, Pwyll III was killed by an ambassador from Viamont.[7][4] After Pwyll's death, Aluvian knights and commoners alike fell upon their Viamontian enemies and destroyed them.[4]

By approximately 930 RC, Etien was the reigning monarch in Viamont.[8][9] After Gharu'n was founded in 924 RC, Yasif ibn Salayyar traveled to the other nations of Ispar to convince the foreign monarchs of Gharu'n's sovereignty. According to the records of Mansur al-Rajan, Etien held Yasif in his court for nearly half a year longer than what was considered proper.[9] Later, when Yasif was being held captive in Milantos, one of the rumors among the servants in the al-Nafalt was that Yasif was captured by Viamontian pirates after leaving the port of Mawwuz.[9]

Later, during a time known in Gharu'ndim history as the Century of Storms (approximately 1003 RC to 1103 RC), Viamont began new military campaigns.[10][1] Viamontian corsairs raided Roulean ports around the Ironsea. By this time Viamont had a naval fleet large enough to transport their armies across the Ironsea, and with this ability, the legions of the Bull banner marched on Milantos and Gharu'n. The Milanteans repelled the invading Viamontians with a scorched-earth campaign, while the Gharu'ndim were unable to due to the instability caused by the Century of Storms.[1] The Viamontians set up a puppet malik, Zahir ibn Ma'mun, while they ruled Gharu'n from afar. Over time, Zahir murdered his rivals - all except a young lord named Jawhar al-Shamshir. Jawhar traveled the desert in secret, banding together his people. Eventually he defeated Zahir, drove the Viamontians from the shores of Gharu'n, and became the new Malik.[10]

Another event which may have occurred during this period of military expeditions is that of Sir Borlac di Lotila and the Souia-Vey warriors of Vessenjhe. It is said that Sir Borlac met the Vessenjhe on the plains northwest of Gharu'n, and that he single-handedly slew every last Vessenjhe himself, wielding the powerful weapon which Borlac simply called Smite.[11]

In 1274 RC, portals began to appear in Aluvia.[8] Their appearance disrupted all of Ispar. No one knew what the portals were, why they began to appear, or what happened to those that entered them. Both the people of Ispar and their rulers were afraid.[12] King Cedraic III of Aluvia, Malika Qadira bint Balj of Gharu'n, and the Emperor of Roulea were worried what King Varicci di Corcosi would do with in this chaos.[4][10][12]

A letter to Alean the Steel Forger

A letter to Jibril ibn Rashid

A letter to Koga Hideki

An Alliance of Merchants

Lore of the Dark Spiral

Note to a generous host

Orders to the Garrison

Page from a Journal

To My Dear Uncle

The Royal Bull of Sanamar 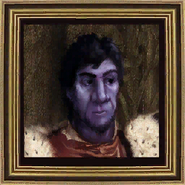 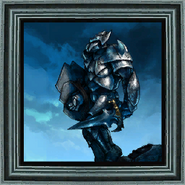 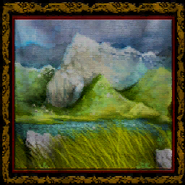 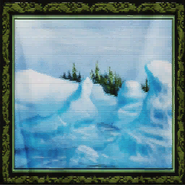 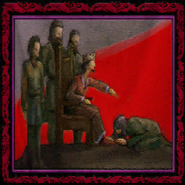 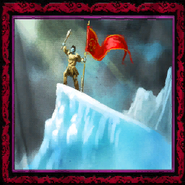 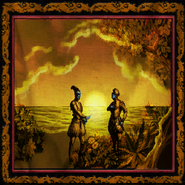 Retrieved from "https://asheron.fandom.com/wiki/Viamontian_Lore?oldid=469773"
Community content is available under CC-BY-SA unless otherwise noted.