Yalain was one of the kingdoms and cultures of the Empyrean. It, along with the Kingdom of Haebrous, made up the High Empyrean cultures.[1]

Note: The words Yalain and Yalaini and their correct grammatical usage is never clear. Possibly due to various development teams working on Asheron's Call over the years, the terms are often interchangable. For this wiki, Yalain is the proper noun, and refers to the land and kingdom, e.g. The Seaborne Empire of Yalain. Yalaini is the adjective, and refers to the people and language, e.g. Yalaini Council of Five, Yalaini Language.

The Seaborne Empire of Yalain measured history by Eipothi, or epochs/ages in Roulean.[2] This calendar system was formalized in the reign of Alaidain.[2] The ruler of the Empire declared the end of each age and the name of the next.[2] Ages were concluded to mark a major historical event.[2] The Eipothi are as follows:

The first mention of the Yalaini as a distinct people comes from a recently written Falatacot text. In it, the Yalaini, along with the Haebrean and Dericostians, were said to have driven the Falatacot to the island of Killiakta, or Dereth as it is known by now.[3] This event is presumed to happen either before or during the Arelis Eipoth. Asheron himself wrote that the furthest back the Yalaini could trace their lineage was over 30,000 years prior to the the writing of the text, which was written in the Hyrethis Eipoth, likely between HE 142 and HE 459.[4] This would place the furthest traces of Yalaini lineage to approximately AE 4074 to AE 4391 or ealier.

The first mention of the Seaborne Empire of Yalain comes from a text which was written during Grael Rebellion, in the Dericoi Eipoth, some time prior to the Millenium War.[5] Empress Alaidain is the earliest recorded ruler of the Yalaini Empire, however it is not mentioned if she is the Empress during the Grael Rebellion. It is possible that the events of the Grael Rebellion immediately preceeded the Millenium War (within a matter of years), and the war was slightly shorter than 1,000 years, allowing for Alaidain to be Empress for the whole time period while maintaining the average lifespan of 1,000 years. It is also possible that Alaidain had an exceptionally long life. And a third possibility is that there was an Emperor or Empress before Alaidain, during the time of the Grael Rebellion, but his or her name has been lost.

A Letter From the Heart

A Note on Ancient Goblets

A Note on Ancient Necklaces

A Note on Ancient Rings

Letter to Bretself the Translator

Mana and the Elements

Mote and Crystals needed for the Golem Construction

Ruminations and Warnings on Portal Creation

Tome of the Elements

We, the Defenders of the Helm

Boots of the Vault

Empowered Bracers of the Perfect Light

Empowered Breastplate of the Perfect Light

Empowered Girth of the Perfect Light

Empowered Greaves of the Perfect Light

Empowered Helm of the Perfect Light

Empowered Pauldrons of the Perfect Light

Empowered Tassets of the Perfect Light

Ring of the Watchman 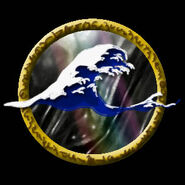 The Yalain Imperial Seal, based based on Hokusai's painting "The Great Wave off Kanagawa"[6] 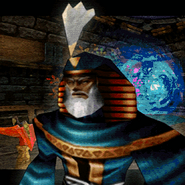 Retrieved from "https://asheron.fandom.com/wiki/Yalaini_Lore?oldid=469765"
Community content is available under CC-BY-SA unless otherwise noted.